First introduced with the 1997 Ford F-150, the 5.4 Triton engine remains relatively reliable and as popular as ever.

One particular query I’ve had from reader emails deals with the proper Ford 5.4 firing order. My quick answer is:

With cylinder 1 being right at the front, on the passenger’s side.

I’ve included further explanations and a diagram just so you can be sure you’re hitting the right sequence.

While we’re on this topic: You might need spark plug inserts for specific Triton-run vehicles. You can check 5.4-compatible inserts to help you out in DIYing. 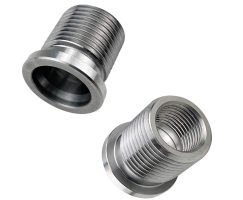 Firing order for Ford 5.4 engine:
Visualizing with a diagram

I know how confusing such things could be. That’s why I spent some time preparing an easy-to-understand, concise diagram regarding this issue. 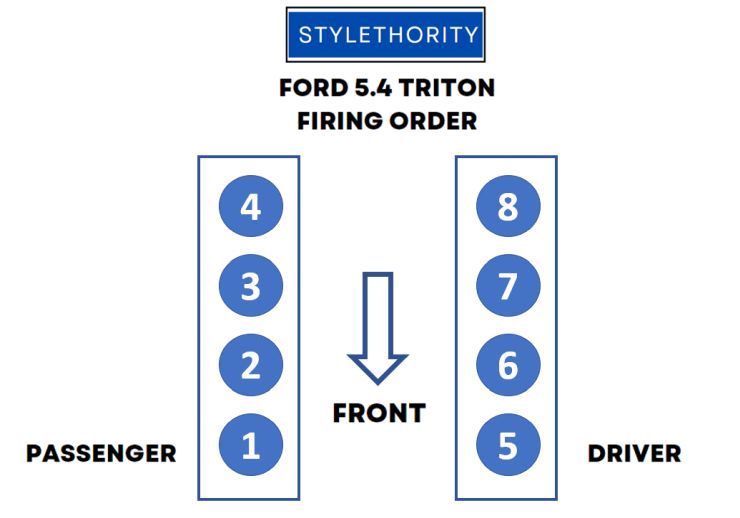 I think it’s pretty self-explanatory, but let me elaborate in written form too.

The 1st cylinder starts on the passenger side, at the front. This is where your vehicle’s radiator is located.

Cylinders 1-4 are all situated on the passenger side; cylinders 5-8 are on the driver’s side.

Cylinder 5 is on the front (radiator) and cylinder 8 is at the rear (near your dashboard).

What Ford vehicles does the 5.4L Triton firing order apply to?

Also known as Ford’s Modular engine, it encompassed vehicles from 1997 to 2017.

In other words, this sequence can serve as a 100% identical guide to:

The Expedition – about which I’ve written other guides, is also one popular vehicle from this engine family. Popular picks are 2004, 2005, 2006, and 2007 Ford Expedition which also follow the Triton 5.4L firing order sequence.

In general, it makes sense that mid-00s vehicles will start showing some spark plug issues at this point.

There’s one more reason for the 2004-2008 peak in firing order queries among Ford cars, though.

The 3-valved 5.4 Triton engines built before September 2007 have a peculiar spark plug problem. The spark plugs are specifically hard to remove.

They get stuck in the cylinder heads! Even if you try to carefully DIY your way of this, the lower part of the spark plug buries itself in the aluminum cylinders.

Some replacement spark plugs have tried to alleviate this, but the problem isn’t fully solved.

Why do I need to hit the correct firing order?

If you wondered why are people so uptight about following the sequence correctly, here’s a quick explanation.

Messing up the spark plugs (or fuel injection) order will lead to uncomfortable internal vibrations within your engine. In fact, it can compromise the smooth running of your vehicle’s whole system.

In case you do the process correctly, however, you will experience a smooth, comfortable ride. In addition, you’ll also have the peace of mind your vehicle functions just as it should.

This concludes my short guide to the 5.4 Triton. In case you want more Ford-specific guides, you can check my motorhome suspension article, After all, half of the modern motorhomes run on Ford chassis!

For specific vehicles that run the 5.4 Triton, you can also check my F-250 suspension guide. The F-series of trucks are probably the most prominent example of this now older engine.